Every day, we work with children from hard places.  We are often asked how we can bear to hear about the abuse and suffering.  Perhaps it is because we also see and hear the inspiring stories of kids overcoming adversity, healing from their trauma and succeeding despite the challenges they face.  Below are just some of our kids’ stories.  Names, of course, have been changed to protect their privacy. 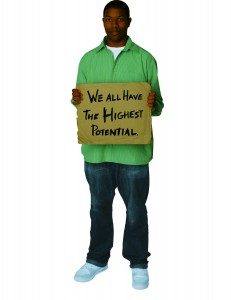 Jeff’s Story
Jeff’s CASA volunteer believed adoption was a possibility for him, despite the fact that others had labeled him “unadoptable” because of his behaviors.  Jeff came into foster care in second grade because he was sexually abused by his father and rejected by his mother.  Because of CASA’s encouragement and persistence, he improved his behaviors and was adopted at age 14.  He continues to stay in contact with us.

Susy’s Story
Susy first came to the Children’s Advocacy Center when she was nine.  Once CPS determined that Susy was sexually abused by her father and unprotected by her mother, she was removed from her home.  Since coming into foster care, she has been in 18 different foster homes, had at least four different CPS caseworkers, but just one CASA volunteer.  For eight years, Susy’s CASA volunteer has been her rock.  When adoption plans fell through, when she was placed in the wrong classes at school and when other disappointments came along, Susy turns to her CASA, whom she lovingly calls “Grandma.” 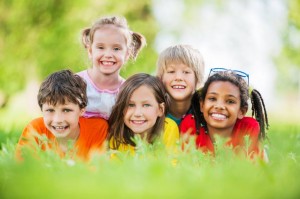 The Johnson’s Family Story
When abuse was suspected, the Johnson kids came to the Children’s Advocacy Center (CAC).  They talked to a specially trained forensic interviewer and told about the sexual and physical abuse they endured from their dad when mom was at work.   When mom learned of the abuse, she separated from dad.  Through weekly counseling sessions at the Center, the kids and their mother began the healing process.  They also received Christmas gifts, school supplies, clothing from the Rainbow Room, court orientation and many other support services from the CAC.   All of the children testified in the criminal trial where their dad was found guilty and sent away for the rest of his life. 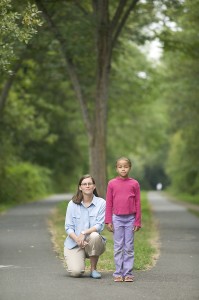 Amber’s Story
Eight year old Amber first came to the Children’s Advocacy Center when it was discovered that she was sexually abused by her adult step-brother.  Her family did not believe her.  One foster family cared for her for four years and then rejected her.  Through it all, her CASA volunteer helped her cope with these rejections and kept encouraging her to consider adoption.  Finally, the right family came along and with her CASA by her side, Amber was adopted at age 15 by a loving family.