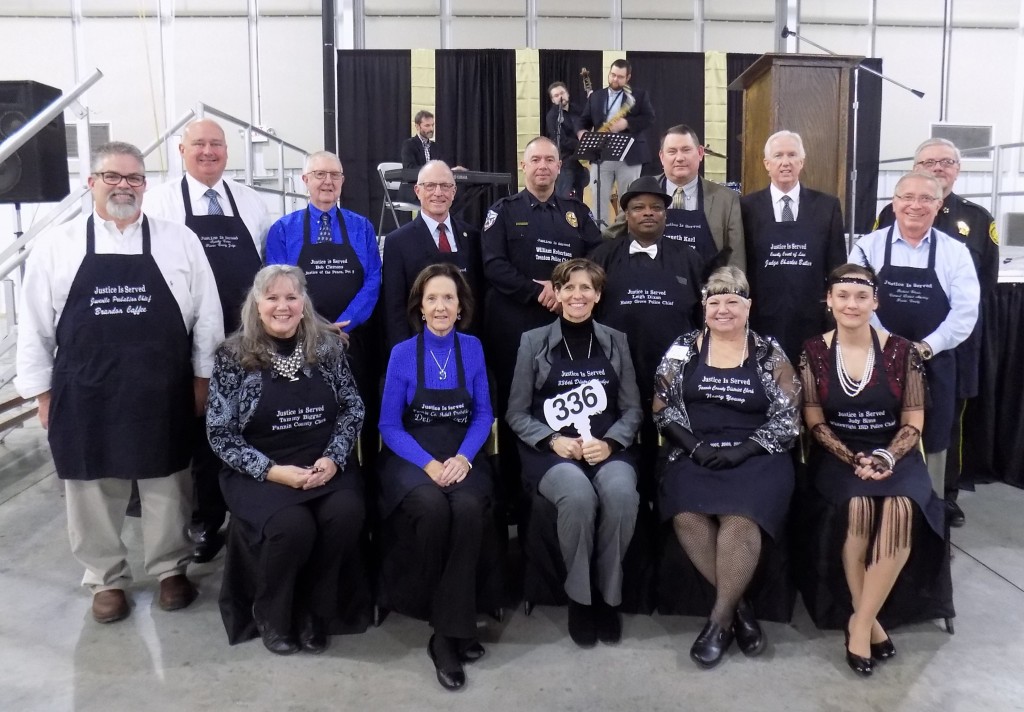 Early estimates are that the 14th Annual “Justice Is Served” fundraiser raised at least $65,000 for the Fannin County Children’s Center. This amount tops the previous best of $55,000 from last year. In addition, attendance was the largest ever, with nearly 500 in attendance at the dinner and auction at the Complex in Bonham.

Fannin County Game Warden Randolph McGee was the auctioneer for the evening. Judge Lauri Blake’s turtle brownies were the first item up for bid in the live auction and brought in $1050. A custom built entry way gate from Jason Garner Welding tied for the top bid in the live auction, bringing in $2,600 for the nonprofit. A one-of-a-kind bar with headlights that worked that was created by Tracey Lackey, Shawn Fulton, Jim McDonald and Brenda Magness also brought in $2,600.

“This year’s event was amazing!” said Sandy Barber, Executive Director of the Children’s Center. “Once again, the Fannin County community turned out in force this year. It is always inspiring and encouraging to see so much wonderful support for the children we serve. We are so grateful to everyone who played a part in making this event so successful, including our sponsors, auction donors, board, volunteers and staff. The money raised will help us keep up with the growing demand for our services.”

All proceeds from the event will sustain all of the support services provided by the Children’s Center for abused and neglected children, including CASA and the Children’s Advocacy Center.